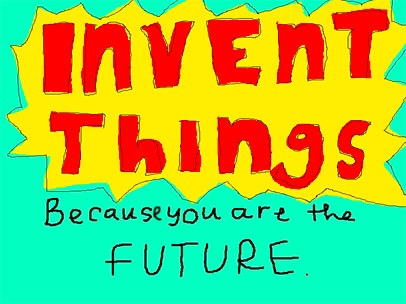 Intellectual Property (IP) is a force that drives innovative product and service development and deployment.  Big companies protect their positions through strategic use of their patent portfolio.  Some companies maintain a bank of patents and make money solely by attacking other companies unlicensed use of their portfolio.

At HP Labs, as with many other corporate labs and innovation teams, there is a very strong focus on generating and protecting IP.  Employees are encouraged financially (with of course legal obligations as well) to disclose their inventions and work with patent attorneys to file a patent.  While I was at HP Labs and working on image sensors and new microelectronic fabrication technologies our organization had a heavy focus on IP formation and I had heard about invention round tables and decided that our organization should try our hand at it.  I invited my department techies into a conference room for an hour with nothing but a whiteboard, a marker and a stop watch.  There was limited preparation before the meeting but many of us had accumulated some far fetched crazy ideas deep down that we never surfaced to the broader team.

Some people were afraid of being embarrassed by the other geeks.  Others had not really crystallized the what or how and in a sense it was not ready for prime time.  In those cases we realized a little help from a collegeu could push the nascent concept over the disclosure edge.  We quickly set up ground rules akin to brainstorming sessions (no judgement) and I kicked it off and played note keeper.

Can nerds have group spiritual experiences?

Once the process started many people started throwing ideas out there.  Some of them were ideas that were mostly hatched while others were in team members minds for a while but never made it out.  This went on for about 20 minutes and we got about 15 ideas on the board.  Some of the ideas we could easily see how they could be demonstrated, others seemed pretty far fetched and since we were all in a mode of no judgement we put everything on the board.   The pace and pitch of the discussions started to slow down, but then I noticed that cross talk was picking up.  What if you took part of that idea and part of mine, wouldn’t that be interesting?  A new set of ideas then were put up on the board.  It was fascinating to see not just the deep techies but the manufacturing operations folks coming up with ideas.   It was very cross disciplinary and we all appreciated getting all the points of view.

Once we had the list we assigned owners or leads to each idea.  Some of the owners were the individuals who posited the idea, others were given to natural owners.  I did track what happened to these ideas and after a few months the 30 or so ideas resulted in about 20 or so patent disclosures.  We had all been trained on how to maintain a lab notebook and get our invention ideas signed by a fellow coworker (I used to sign a lot of lab notebooks back in the day) as a way to document the date of an invention.   It does take a pretty nominal time investment to file a disclosure.  That was the easy part.  Once we had all these disclosures an IP team consisting of experts and managers prioritized which disclosures were to move forward to the actual patent filing stage.   The resource investment grows exponentially at that point; take a look here to see how detailed it can get.  Also this monthly meeting was the time review and weed out the great ideas from the chaff.  Of those 20 patent disclosures we ended up with about 15 patent applications and ultimately about 5-10 patents.  All in all it was a great mechanism to drive teamwork, innovation and a critical look into the workings of corporate R&D Laboratories.

I have been fortunate to have worked with great teams and to be included in  6 patents,  2 on semiconductor manufacturing processes, 3 on image sensing and 1 on IT technology.