Day 5: Foxen Canyon and Tepusquet summit out and back

Today was an out and back along our favorite Foxen Canyon and then up into the hills.  By now the Advil was in attendance at the rest stops.  With another 5000+ foot climbing day we were either going up or down.  The clouds were coming in and we hoped to get back to the hotel before the rain began.  Many road bikers spent a fair amount of time looking at their Garmin.  In my setup I have six different things the Garmin is looking at:  GPS for position, barometer for elevation (more accurate than GPS, go figure), temperature,  heart rate, cadence (shooting for 80-90 per minute on the pedals) and average power.  That is a lot of data coming in and and usually I focus on three main Garmin pages:  overall summary, technical measures and elevation profile coming up. 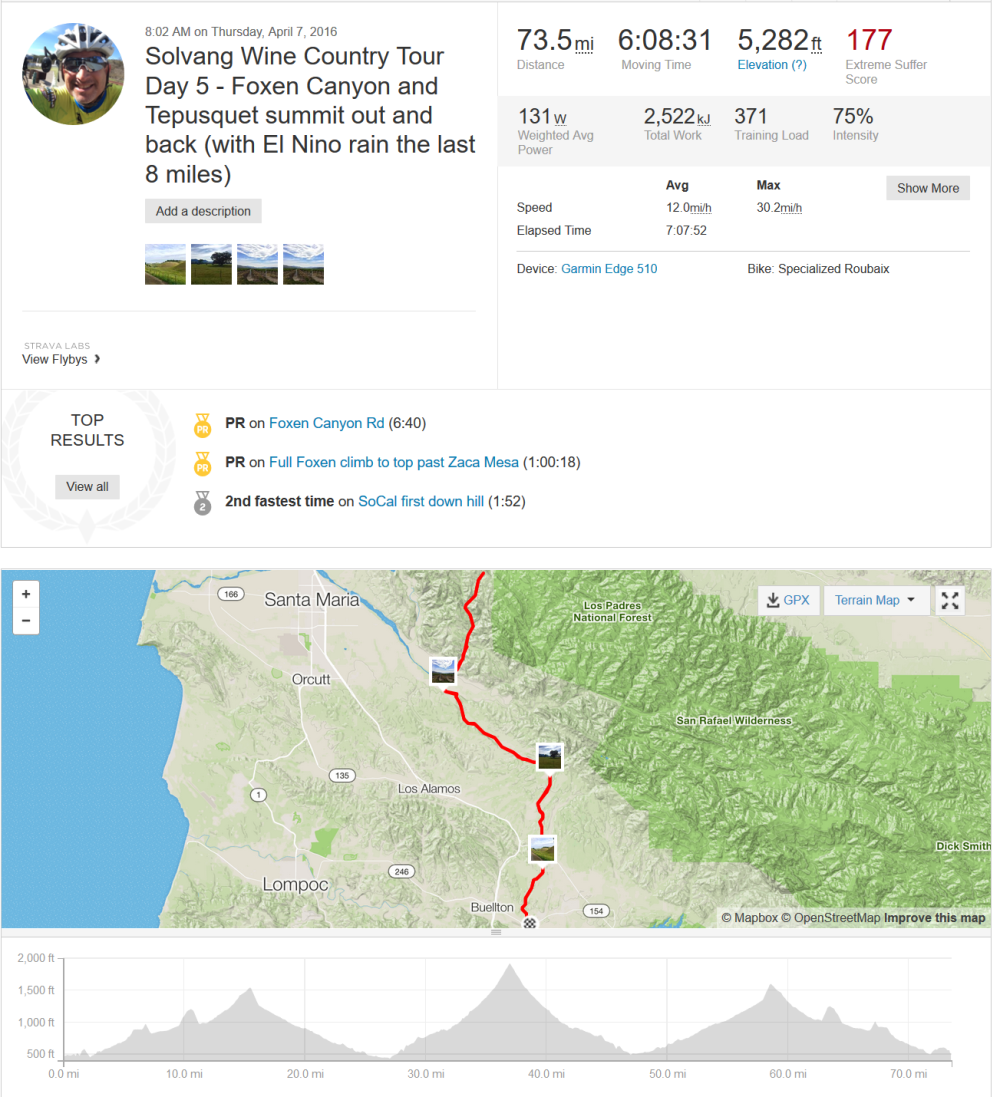 Since the sun was not out in abundance the pictures of the day were limited, but I got some nice Bison, flowers and clouds. 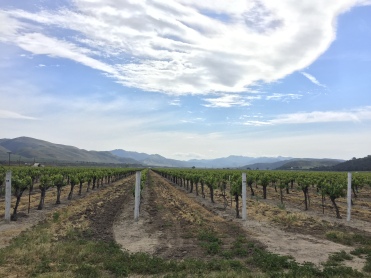 Unfortunately for me, the skies opened up 10 miles out and I biked in to Solvang completely soaked.  It was one of those “I feel so alive” moments.   Considering the weather and small recap route tomorrow, I decided to start my journey home.

After the epic climbing of yesterday, we all thought that today’s trip to the beach would be a piece of cake.  A 75 mile round trip to the beach with 5000 ft of climbing was a tough one.  After a great ride through one of the great Pinot wine growing regions, Sta. Rita Hills we still had lots of biking to do before lunch.  The area also grows a lot of crops including tons of different types of kale which were visible from our ride.  We did spend  a few miles on Pacific Coast Highway 1 today on our way to Jamala Beach after a climb over the coastal hill range.

Wildflowers again stole the scene as well as the blue waters of the Pacific.  Some folks on our tour decided to use the SAG to bypass parts of the tour.  SAG stands for support and gear—our support vehicle with food, water, bike parts and of course any gear we need to stow like cold weather stuff that we start out with but discard as the day heats up.  On the way back to Solvang, I biked by the Hitching Post and Ostrich farm of Sideways the movie fame.  (Yes those are ostrich eggs). 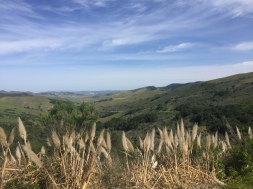 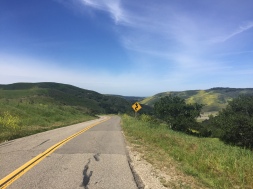 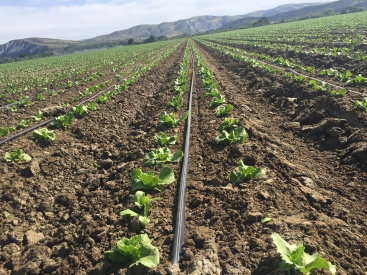 Today was an HC or Hors Categorie which means beyond category.  Reserved for climbs in the Tour de France that are typically 3000 ft + climbs.  We started going through Santa Ynez and then off through Happy Valley to the mountain.  The climb was similar to the climbs I have done in the bay area, Mount Hamilton or Mount Diablo, but steeper in some sections.  Wildflowers were in abundance and the views were expansive. Poppies were everywhere and on the ride down there were tons of tourists coming up from Los Olivios to see the flowers. 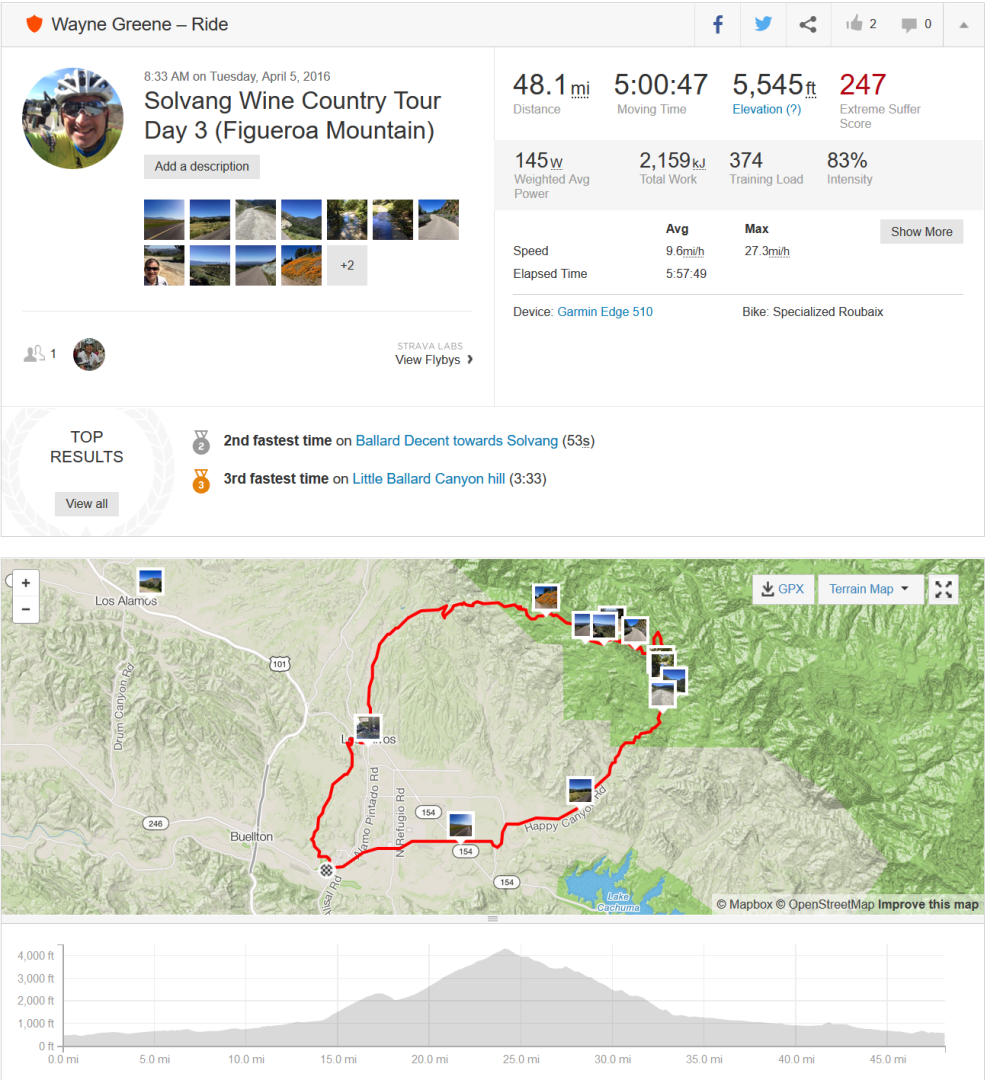 The road conditions were generally good with some very slippery water crossings.  We were warned no fewer than 4 times by the tour leader and still my first step walking the bike across almost had me lose it.  There was even a one mile dirt section, which is a surprise to some people that road bikes do take a cut through dirt for a limited distance if needed.  On the way down I passed Michael Jackson’s Neverland Ranch, at least I could see the military like patrol buggy and signs warning of large game. 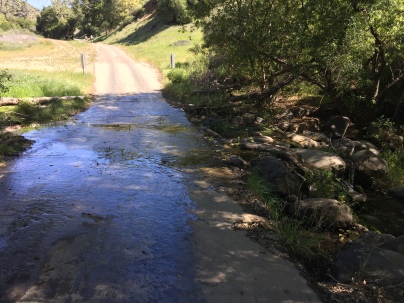 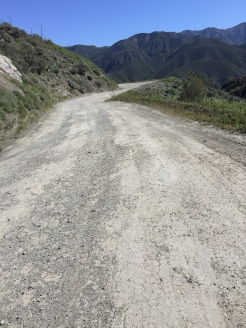 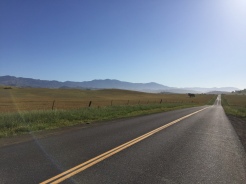 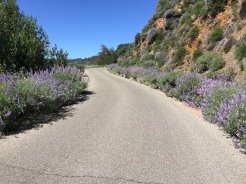 Today was our first normal schedule, breakfast at 7, ride at 8:30.  Solvang this time of year is pretty foggy in the morning, so waiting to ride at 8:30 had us all shedding layers at the first SAG stop right before the climbing fun began.  This ride was all about wildflowers.  Mustard and California Poppies were in abundance.  We had 3 light climbs (that is if you consider a 900 foot hill a light climb).  There was also the iconic Foxen Canyon Road and this was the 4th time I have biked it, so at this point I know it pretty well (including the strategically placed friendly wineries for a pit stop).  We had lunch at Foxen Winery, arguably the best Pinot in Santa Barbara county.  There were plenty of wineries to see, but our group tasting begins in an hour along with dinner in Los Olivos. 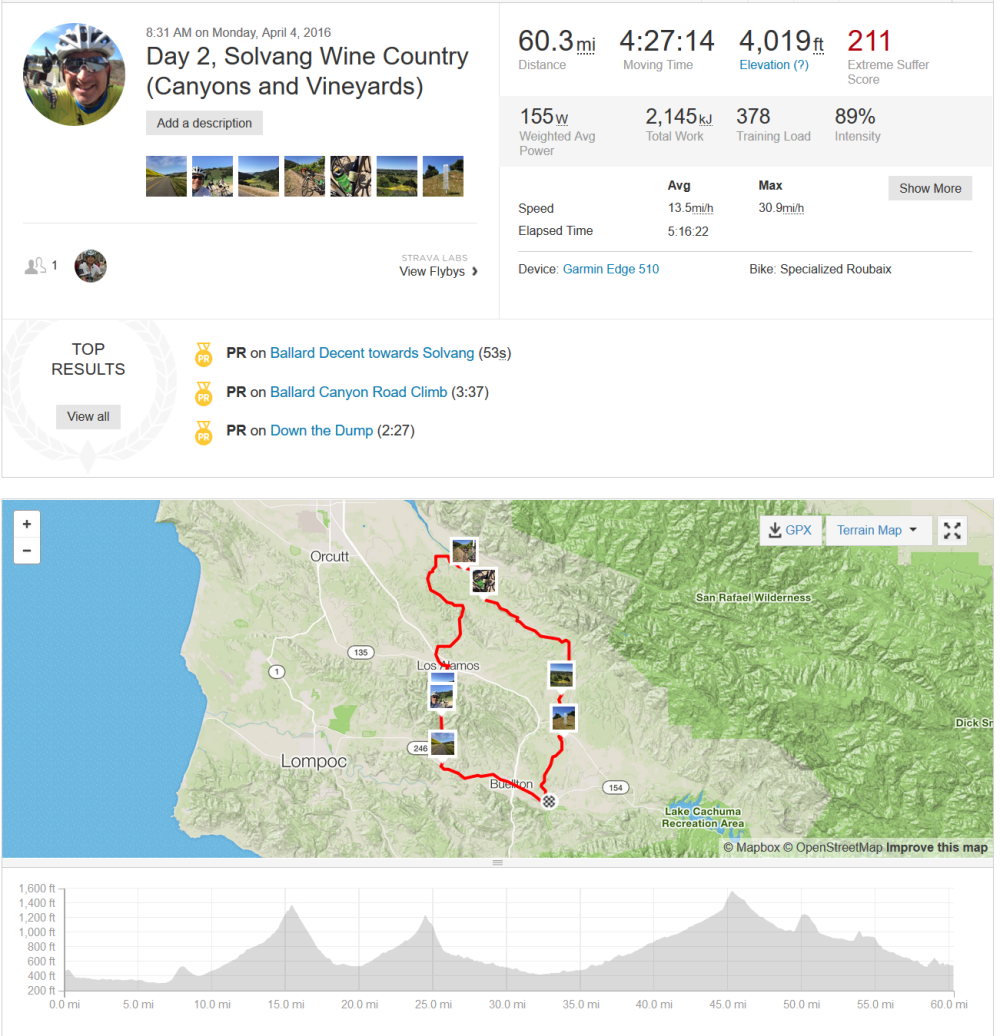 Even though my suffer score was in the red, the ride and pacing today was very civilized.  At times I was able to bike with a couple, one of which was a fellow PhD from UC Berkeley in Chemical Engineering, so we had lots to talk about besides the rough road surfaces on some of the downhills.  I was not creating any records coming down from those first two climbs. 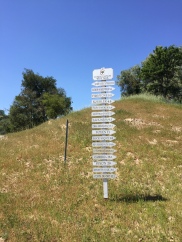 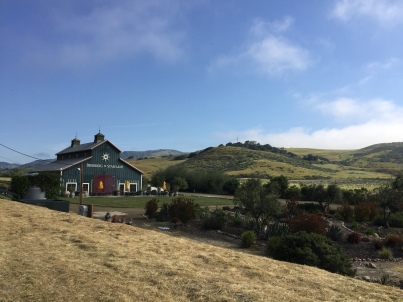 The excitement of the first day of a bike trip is really quite a thrill.  Meeting over a dozen new people who all share the love of biking is fun, but oh so many names.  This trip was almost entirely filled with repeat folks who have used the tour company I use, CyclingEscapes, a perfect name for my time riding 6 days in Santa Barbara County.  Since we all knew the protocols (for example how to grab snacks without passing germs) we got underway pretty quickly.  Today’s shake out was a pretty easy ride, with some rough roads to ride through.

One particular part of this ride, Ballard Canyon is a surreal uphill and downhill through one of the most picturesque areas.  The actual loop ride on the north side of the ride today is part of a Tour of California time trial.  We started and finished in the town of Solvang, a curious Danish village in the middle of nowhere.  And yes my lunch did include Havarti and Danish bread. (Click on a photo to see it full size) 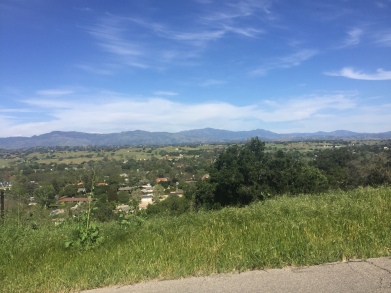 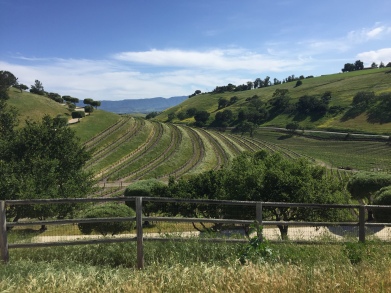 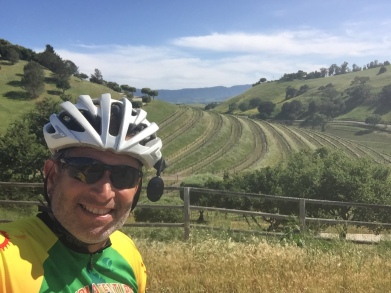