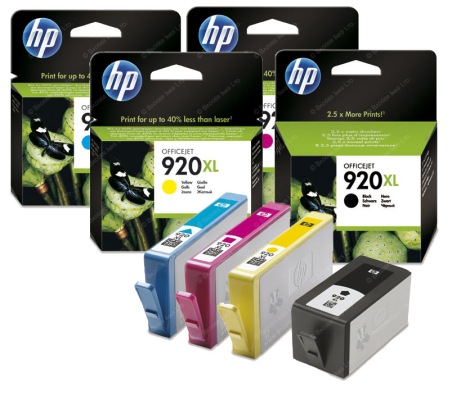 This is a story of unadulterated profit-seeking and how that mentality threatens to cloud your thinking in the corporate world.  When I was at HP Laboratories, my colleagues and I were constantly busy, toiling away at any number of technologies. Many of those technologies were based upon semiconductor manufacturing processes and Integrated circuit design that would eventually help HP bridge the gap from their existing products to the next generation of innovation.  Much of the HP Inkjet story is common knowledge; profit is in the cartridges not the actual printer, which is analogous to the razor and blade industry.  Add digital photography and image sensors into the mix and you will be surprised at what happened in those critical times.

Not obvious to those skilled in the profession

You can patent ideas that are derived from current work, which when combined in novel ways to solve a new problem.  The litmus test is that that the invention should not be obvious to those skilled in the profession.   Before Inkjet printers were mass produced in 1984, there was thermal printing where a resistor was used to heat up paper and create a dark mark.  This was how low end printers worked at that time.

Laser printers were also available at the time, but the high cost priced out most buyers.  The combination of the high cost and a break through in the resistor, manufacturing process and materials is what led to the advent of Inkjet.

Someone outside of the Laserjet division noticed that the same thermal resistor technology could create a bubble in a fluid. That fluid could be ink and hence Inkjet printing was born. There was a lot of science in the Inkjet cartridge and underlying chip technology to collocate both circuitry and fluidics in a single chip and the novel chemistry in the formulation of the ink and color system.

I remember one trip to Oregon where our team was to meet with the Inkjet folks to figure out how new chip-making technology could benefit the future of printing.  We got lost trying to find the proper entrance in the part of campus dedicated to Inkjet and instead entered through the shipping dock.  That simple move to try to get passed all the cartridges leaving the building and all the ink entering told us everything about HP’s business model.  When we finally managed to get inside the building, we saw truck-sized containers of yellow, magenta and cyan ink.  These containers made quite an impression.  I couldn’t help but ponder how much shareholder value was housed within those containers.

Along came another shift, one that changed the photo industry and later many other fields significantly.

While I was working at HP Labs, one of our projects was creating HP‘s first image sensor based upon a new technology applied to an old area.  Using Complementary Metal Oxide Semiconductor (CMOS), we were able to build a low cost yet highly functioning image sensor.  Back then, the technology application in this space was unproven over the traditional Charge Coupled Devices (CCD) of the day.

This was also the beginning of the technology wave called System on a Chip where you take the multiple parts of a system that were traditionally on different chips and put them in a single chip, enabling smaller, faster, cheaper, etc. It was quite an exciting time in my career, as things began to evolve quickly.

How Many Pixels Do You Really Need?

As the commercial says,  more really is better in the case of digital imaging.   We started by fabricating image sensors with VGA resolution: 640 by 480 (approximately 300k pixels) that gave you the resolution of an ordinary television of the time.  HP desired to get into the new digital camera business, and as engineers and scientists we knew that we needed to increase the number of pixels to be commercially viable.

The assertion was that digital photography would drive unprecedented consumption of ink. As a result, HP would need to expand the shipping dock significantly. The camera became the metaphor for the printer. We didn’t need to make much money on the camera, just drive a billion pictures to be printed out.  From VGA, resolution shifted to mega-pixel and, of course, coolness abounded.  The R&D team, feeling gutsy, wanted to multiply by 4 again and go to 4M pixels.  That would force us to solve lots of problems that didn’t exist at a megapixel, and engineers love to solve problems, so as you can imagine we were on top of that.

Things were moving along smoothly. We pitched the idea and building a much larger image sensor, with options for new materials and pixel design to our direct management, check.  We started filing patent disclosures like crazy in both CMOS process technology and circuit design innovation, check.  We moved on to increase wafer sizes, check.  We deployed new thin film deposition reactors to deposit new materials, check.  We then hit a roadblock with senior Labs VPs.

“Why would anyone need any more pixels than 1 Million?”  That’s the response we received. Today this sounds completely ridiculous, as the selfie image sensor on my iPhone has three times that for a lower quality family selfie.  Back then, an 8 by 10 image printed out in the photo-quality Inkjet printer had about a million pixel resolution.   We may have been ahead of our time, we made a few runs at the VPs to get approval but their  reason for denying the project was very clear!  Any investment in more than a million pixels did not translate into any more cyan, magenta and yellow ink consumption.

HP came out with a digital camera, it was lackluster, and after a few more models they killed it.  HP, like many others (notably Kodak and Xerox), missed the digital imaging wave.  Perhaps more importantly, even though HP dabbled with smart phones, they missed the mobile phone camera proliferation that transformed people sharing photos now with Facebook and Instagram.  I used to go through two color cartridges every month on my HP Photosmart printer.   Now I cant remember the last time I replaced the cartridges.